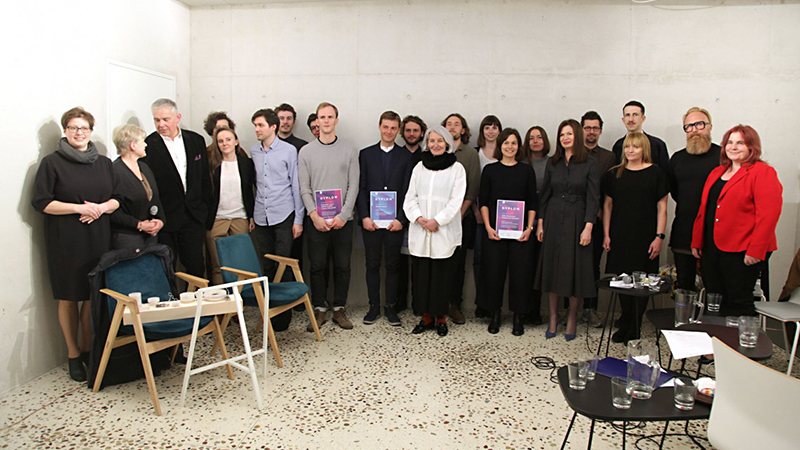 The culture-creating role of wastelands according to Zuzanna Zuchowicz and Małgorzata Neumann, and a futuristic vision of cities adapted to the needs of ageing societies prepared by Agnieszka Dąbek, have won awards from the Stefan Kuryłowicz Foundation.

“The issue of empty places in the urban and architectural space that’s raised in the essay is a key question today, particularly in the context of the heritage that it carries with it,” said Theory 2018 Jury Chairwoman Ewa P. Porębska. “The work is built on the example of Gdańsk, which further makes the analysis particularly timely. Also worthy of attention is the clarity of the argument and the readable graphic form.”

During a public session, the jury of the Practice 2018 Fellowship, comprising the architects Aleksandra Wasilkowska, Przemo Łukasik, Dorota Szlachcic and Jakub Wacławek, with sociological advice from Maciej Frąckowiak and industry support from Agnieszka Olędzka of Hormann, awarded the victory to Agnieszka Dąbek’s project Oddział Warszawa.

“Oddział Warszawa is a vision of a medicalised city of the future like something out of the series Black Mirror,” Wasilkowska said during the jury session. “But this vision only appears to be far off in the future; Agnieszka Dąbek proposes a sociologically bold change in design thinking. Rather than enclaves for seniors or care homes, the architect poses the question: ‘How can urban areas as a whole be adapted to new needs?’”

On 29 March the square at ulica Przyokopowa 33 in Warsaw’s Wola district was named in honour of Stefan Kuryłowicz.

The official opening ceremony was held that day under the honorary patronage of the Mayor of Warsaw.