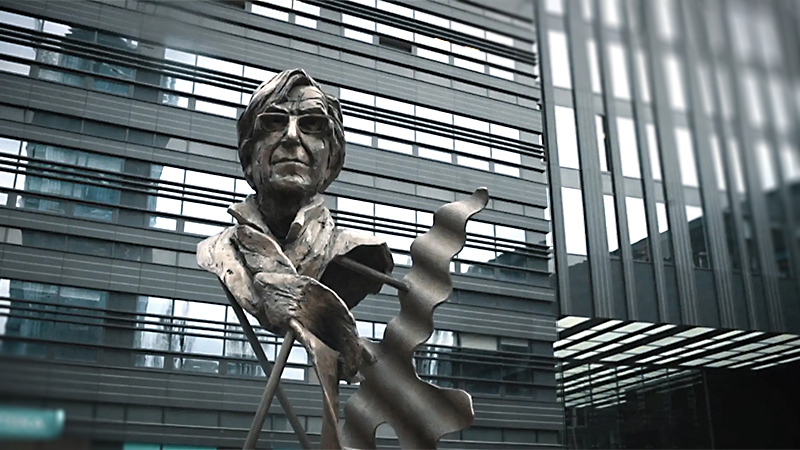 On 29 March a square dedicated to architect Stefan Kuryłowicz, at ulica Przyokopowa 33 in Warsaw, will be officially renamed after him, under City Council resolution No. LXVI/1830/2018. Warsaw Mayor Rafał Trzaskowski is the Honorary Patron of the event. That same day, the Zodiak Warsaw Architecture Pavilion will host the finale of the Theory and Practice 2018 architectural competitions, organised by the Stefan Kuryłowicz Foundation. Entrance to both events is open.

Kuryłowicz is one of the most influential Polish architects of the turn of the millennium. His legacy comprises several dozen projects, which have changed the face of Warsaw and other cities. His creations include the National Music Forum in Wrocław, the Municipal Stadium in Białystok, the University of Warsaw Physics Department, the Gdańsk Hilton Hotel and the Modlin Airport near Warsaw. Kuryłowicz’s great educational achievements and the studio he founded, Kuryłowicz & Associates, continue to shape the architectural landscape of Warsaw and all of Poland.
On 29 March at 3 pm at ul. Przyokopowa 33 in Warsaw, to mark the 70th birth anniversary of the architect, who died in 2011, the ceremonial opening of Stefan Kuryłowicz Square will be held. The event will be held under the honorary patronage of the Mayor of Warsaw.

Kuryłowicz believed that in the profession of architecture, dreams and imagination are just as important as a sense of responsibility. This conviction has accompanied the creation of the foundation that bears his name, whose goal is to support the dreams and imaginations of talented young architects, and to build that sense of professional responsibility together with them. This goal is achieved through two competition programmes – Theory and Practice, which promote the best critical texts and relationships between architecture and culture (Theory) and the best ideas for improving the quality of a public space (Practice). The finale of both programmes will be held at 5 pm in the Zodiak pavilion at pasaż Stefana Wiecheckiego “Wiecha” 4 in Warsaw.